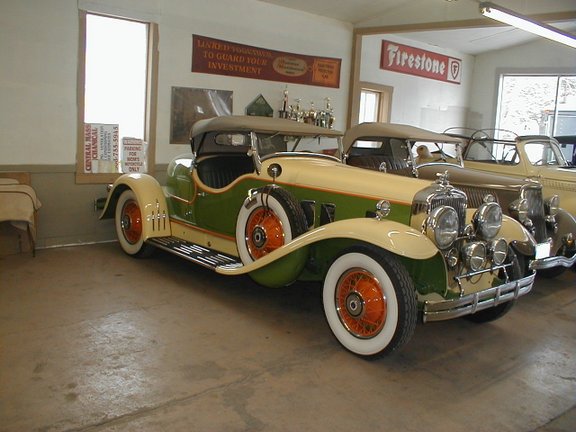 Many classic car enthusiasts are well aware of and have seen both the Pilot-Ray double driving lamps as seen on a 1931 Stutz Bearcat (above), and the single center-mounted model (below) that were produced by the Pilot Ray Corp. of America. The the lights appear to have been introduced as early as 1928, but possibly earlier.

Little information is to be found about the company, but the May 11, 1929 Automotive Industries, states that the it was run by W.A. Clark III, who was the President, along with J.H. Young the Vice-President. Both were from Los Angeles, Young was in charge of sales and at the time was touring the country contacting distributors that handled the lights.

After searching patent records, it appears that G.S. Keck was the original inventor, as he filed his first patent for a Dirigible Headlight on August 17, 1926. He soon filed another patent for a more refined version on February 23, 1927. On August 22, 1927, Charles Cronkhite filed his first patent for an Operating Mechanism for Dirigible Headlights that was soon followed by another. Most of both men’s patents can be seen below that were assigned to the Pilot-Ray Corp. 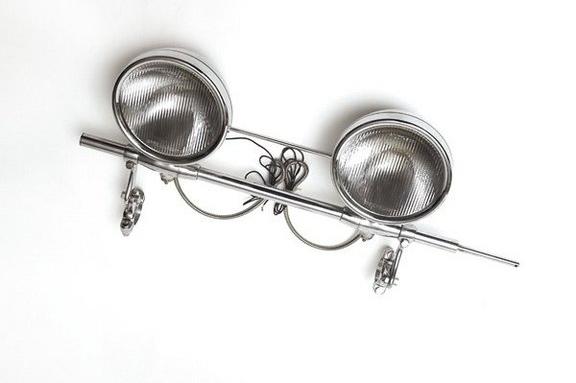 In the mid-1920's, the "Pilot Ray" headlight system was invented, being a mechanical linkage between the headlights and the steering system, allowing headlights to be turned with the front wheels (not a bad idea in the days of twisting rural roads), but not all states permitted the primary headlights to be movable, so Pilot Ray became an auxilliary driving light setup, those smaller headlights seen on luxury cars, mounted low on the frame horns or bumper brackets. The 1948 Tucker was the last American car to offer a "steerable" headlight, the middle "cyclops" unit, but that was to be deleted on cars shipped to states not permitting them.